That said, bash is a bit arcane in its syntax, it's not very easy to learn, and unless you're a die-hard Unix guru or devops type, then bash may not be the tool you'd naturally turn to in a time of need.

So what do you do should you find yourself in a situation where you need to write a quick Unix shell script? The obvious, and perhaps preferred, tool on the table is bash. But we just admitted that we stink at writing bash scripts right?

Fear not, for it's actually quite easy to write your shell script using node.js. You can even install your node script so that it behaves just like a normal unix binary command-line utility such as ls, grep, and curl. Let's see how to do this.

Suppose the task we want to solve is to rename files in a directory. Our target command takes three parameters:

To see this in action, assume we have some files in a directory that we are going to archive but before we do we want to tweak the names. The directory currently looks like this: 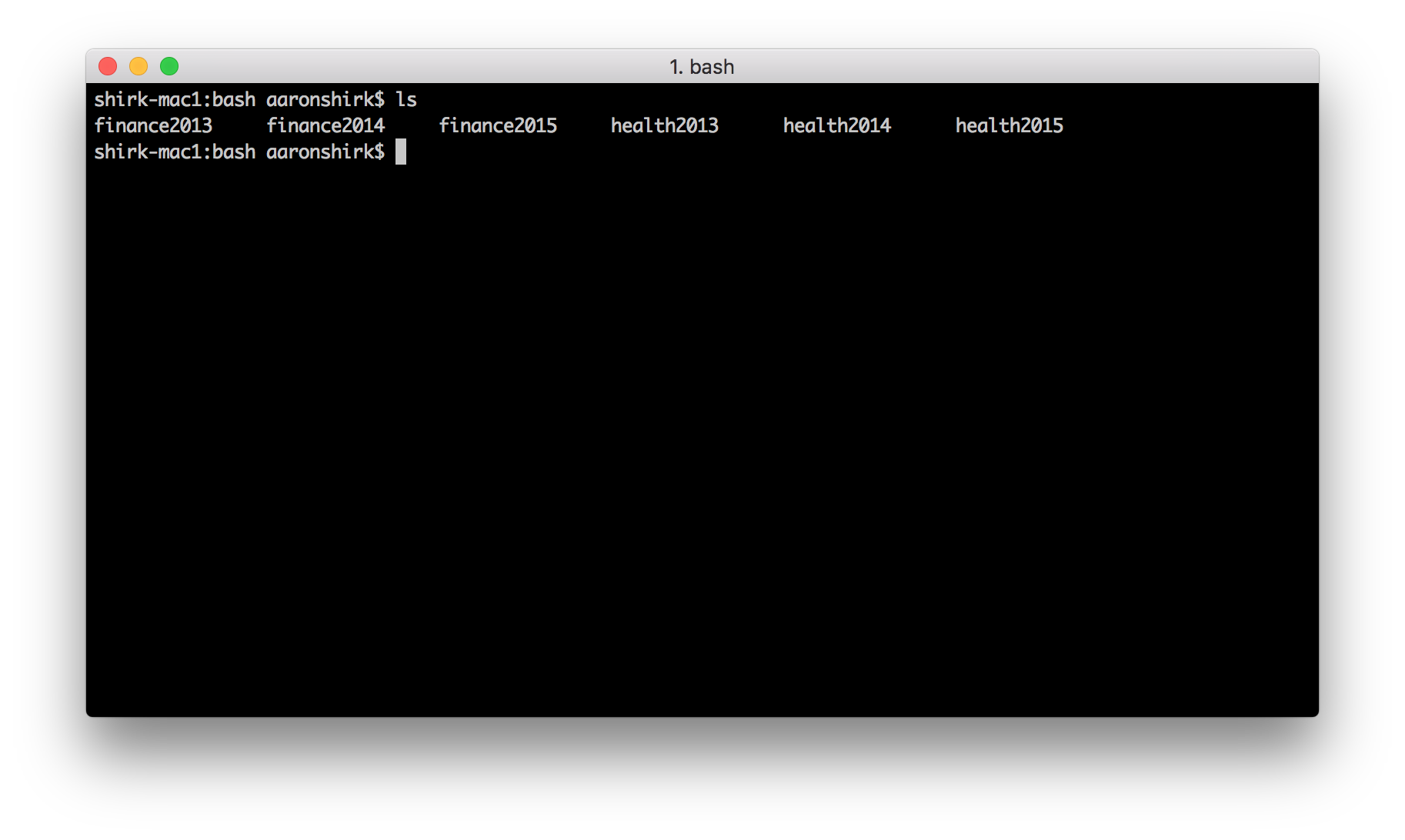 Assume also that we want to rename the word "finance" to "money". To do this the command will be as follows (assuming rename.sh is in the $PATH):

Once the command runs, the files have been renamed and the directory listing should look like this: Great, that's what we wanted. The problem now is the fact that the script is written in bash. Let's fix that by rewriting the script in node.js.

Start by creating a node project (npm init), create an index.js file, and code up the logic. When done the first draft of the script looks something like this.

A couple things to note in this scripts:

Now run and test the command:

And once again, the files are renamed and the directory should look like this:

So far so good, the script successfully renamed the files from finance to money and the command works. But, before we go ahead and publish this for all to use, let's now look at a couple finer points.

Line #1 of the new node.js script #!/usr/bin/env node is important. Normally when developing and debugging a node script, we'd run and test the script by executing node directly: